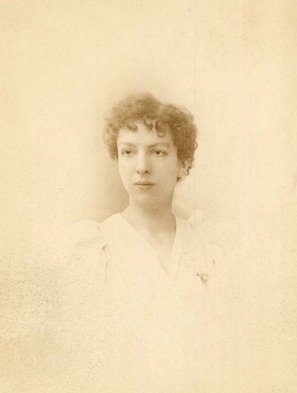 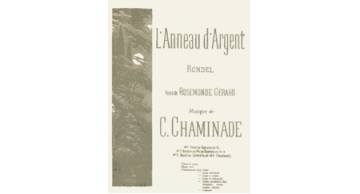 Cécile Chaminade was born in a family of musicians. Her parents invited a lot of famous composers at home. In her youth, Cécile was initiated to the piano by her mother. It was Bizet who suggested that she deserved a sound musical education. She studied privately with several teachers including Le Couppey for piano lessons, Savard for harmony. But her father disapproved of her musical education and didn’t allow her to enter the Paris Conservatory. Bizet was so impressed by Cécile’s skills that he nicknamed her his “little Mozart”.

In 1877, Cécile’s father left the family for a short travel. His daughter  took advantage of his absence and gave her first performance during a concert of chamber music. Her playing met with great public and critical acclaim.  In 1878, her master Le Couppey, thanks to the success of his pupil, organised a very successful concert with Chaminade’s compositions. After several triumphs, Chaminade was recognised as an excellent pianist and an incredible composer when her comic-opera La Sévillane was performed in 1882.

At the same time, she composed small pieces for orchestra and her famous pièces pour piano. She later created her successful ballet Callirhoê which was performed in 1888. This ballet travelled a lot and was even performed in New York.

Les Amazones, a lyric symphony for choir and orchestra and the Concertstück, opus 40 are considered as the masterpieces of Chaminade’s compositions. Her public success gave her the opportunity to tour extensively all around europe and the world. She was invited by Queen Victoria to stay at Windsor Castle during her performance in England where she was very popular. She was also invited for diner by Franklin Roosevelt while touring across  the USA.

But when World War I broke out in 1914, she headed a hospital and stopped music composition for good. Chaminade died in 1944.

When composing her melodies, Chaminade was often inspired by folklore or love.

The subject of l’Anneau d’argent, one of her most famous pieces, sounds autobiographic as it was inspired by her unfulfilled dreams of marriage.

Based on a poem written by Rosemonde Gérard, the melody rises step by step, without insistence, without pathos, sliding on broken chords set in order to highlight the text.