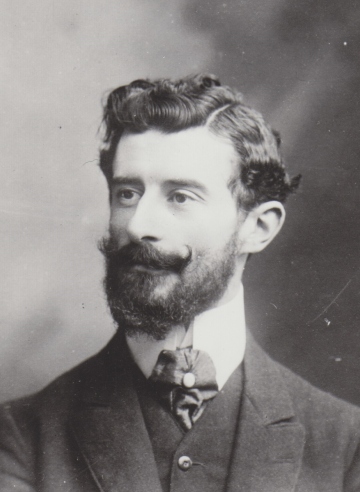 Maurice Ravel had a Basque mother and a father from Haute-Savoie who was an engineer as well as a music lover. He started to play the piano at six years old and integrated the Conservatoire de Paris (the Paris Conservatory) in 1889 where he was taught by prestigious teachers. He studied the piano under Charles de Bériot, counterpoint under André Gedalge and composition under Fauré.

Ravel became famous because of his misfortune. He tried three times to win the prestigious Prix de Rome, but to no avail. After his loss of the prize caused a scandal (even though he was considered as the favourite), Ravel left the Conservatory. “L’affaire Ravel” also led to the resignation of the Conservatory’s director. In 1910, he was a founder member of the Société Musicale Indépendante (the French Independent Society of Music) that opposed the conservative National Society of music.

In the 1920’s he met Stravinsky who referred to Ravel as the “Swiss Watchmaker” due to the precision of Ravel’s works. After World War I, Ravel travelled extensively in Europe and in the United-States where he was exposed to jazz. Despite Ravel’s open-mindedness to the world, his taste for Spanish rhythms, his fascination for childhood and fairy tales, he is often referred to as a modern neoclassical stylist.

During the 1920’s, he composed his most famous works including the Boléro (1928) but his creativity was hampered by an automobile accident that severely undermined his health. He died in 1937 after a neuro-surgery operation.

Although Ravel composed the minuet as a young man in 1895, this work for the piano was orchestrated belatedly in 1929. It is typically composed of three parts like most minuets. And yet the slowness of the rhythm as well as the grandiloquence of the main theme rather evokes a saraband. Thanks to particular modal effects, Ravel conveys in his work the spirit of the ancient religious songs. This work resembles the Menuet pompeux by Emmanuel Chabrier.