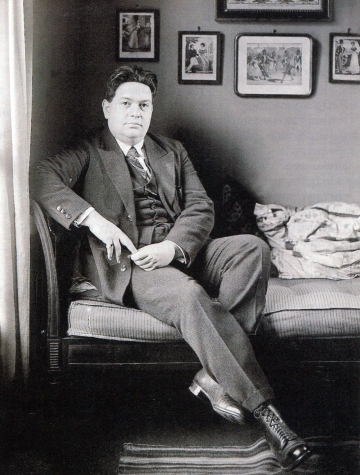 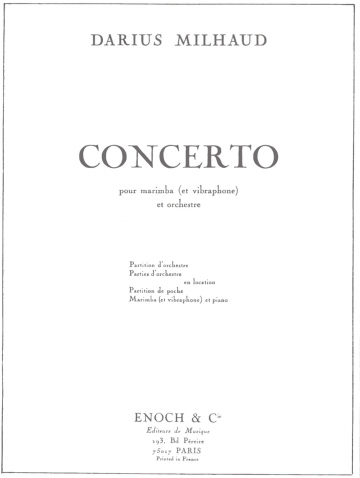 Milhaud was a musician influenced by a deep French tradition and by an important Provencal background. He was initiated to music at an early age, as his parents wanted him to be a virtuoso violinist. But Milhaud’s calling was stronger and he entered the Paris Conservatory where he studied under Gedalge and Dukas. At the same time, he took private lessons with Charles Koechlin, his model.

At the young age of 20, Milhaud had already composed an opera, a string-quartet and several melodies. The next decisive step in his musical education was a trip to Brazil from 1917 until 1918. He discovered Latin-American popular music enriched by an influence of American jazz, a combination which  inspired him throughout his entire life.

When he returned to post-war Paris in 1919, he joined the famous group “Les Six” (made up of Georges Auric, Louis Durey, Arthur Honegger, Darius Milhaud, Francis Poulenc and Germaine Tailleferre). At that time, he mainly composed in his birth-city Aix-en-Provence and travelled a lot. In 1940, the nazi invasion pushed Milhaud and his wife Madeleine to emigrate to California, USA. Milhaud returned to France in 1947. He was offered the position of professor of composition at the Paris Conservatory and kept on sharing his activities between France and the USA.

The vast quantity of works he produced during his long career (443 opus), illustrated different types of music. He composed incessantly and with an astonishing easiness. His music is bright, luminous and alive with colours inspired by his Provencal background. His melodic invention is original, pure, lyric, warm and deep.

Composed in 1947, this work has a very classic spirit. It  highlights the contrasts between the marimba, an instrument from South America which sounds like the xylophone, and the vibraphone which has a metallic sound. Rearranged in 1952 as a suite concertante for piano and orchestra (OP. 278 b), this work presents three movements (Animé, Lent et Vif). This suite concertante was produced in 1949 with the Saint Louis symphonic orchestra conducted by V. Golschmann.