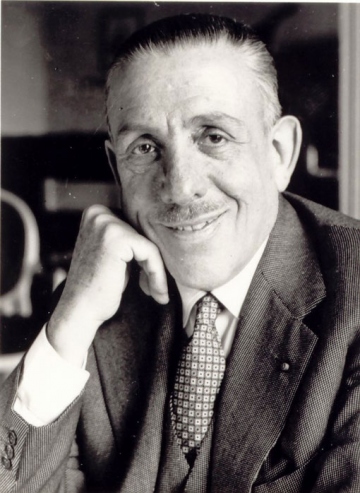 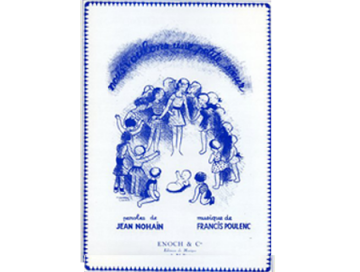 Poulenc was born in a family of musicians. His mother initiated him to the piano. In his youth, he improved his technique with Ricardo Viñes and met Erik Satie who became a great influence. In 1917, shortly before being mobilized, he met with his first Parisian success. When he came back from the war in 1919, he took part in the famous group “Les Six” (made up of Georges Auric, Louis Durey, Arthur Honegger, Darius Milhaud, and Germaine Tailleferre). A deep friendship and a similarity of character but no special music style had brought these six young musicians together.

In order to improve his technique, Poulenc worked on composition with Charles Koechlin, which gave him the opportunity to strengthen his knowledge and skills in order to achieve more popular success. But Poulenc especially excelled in composing vocal music as he always chose the most beautiful lyrics and the best poets (Eluard, Apollinaire, Aragon, Cocteau, etc.). At the same time, he was attracted by religious music : in 1935 he composed his first choral work which was acclaimed for its austere style.

Poulenc had a split artistic personality : he combined irony and soberness, happiness and melancholy, spontaneity and refinement. He wrote outstanding music : an opera buffa based on lyrics by Apollinaire, an opera with a libretto written by Bernanos or a concerto for one voice and an orchestra based on a text written by Jean Cocteau.

Poulenc created some very “French” music which was at the same time natural, light, graceful, solemn and subtle. This dual personality surprised audiences a lot. He was described as being “part strict monk, part Parisian guttersnipe”.