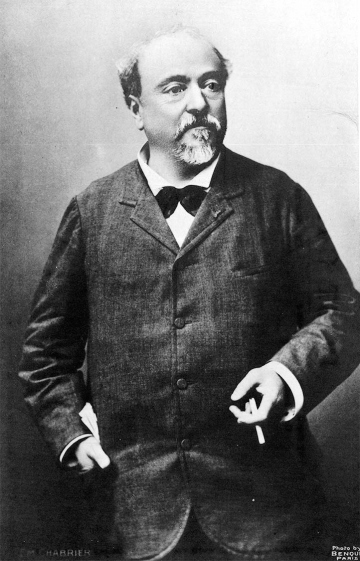 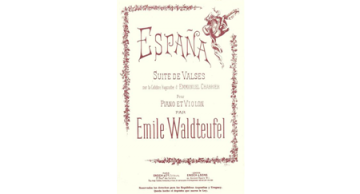 Chabrier who happened to be extraordinarily gifted for music studied Law instead and was integrated into the Home Office at 20 years old. Meanwhile he kept working on music compositions, piano and harmony. He composed the music of operettes based on unpopular libretti written by Verlaine. Despite his lack of success, Chabrier’s musical skills were recognized and admired by Fauré, Messager and Duparc, when his opera buffa L’Étoile was produced in 1877.

In 1880, after seeing Wagner’s Tristan, Chabrier resigned from the public service to devote himself entirely to music composition. A trip to Spain with his wife inspired him to compose España. This beautiful rhapsody for orchestra made him famous worldwide. In 1886, the lyric work Gwendoline displayed Chabrier’s admiration for Wagner. But this opera met with no better success. Le Roi malgré lui, produced in 1887, achieved a short-lived triumph as a fire destroyed the theatre where it was performed.

At the end of his life Chabrier composed a few works such as La Bourrée fantasque or La Suite pastorale but he mainly focused on fighting against cerebral paralysis. He died in 1894.

In 1882, Chabrier and his wife travelled for four months across Spain. An incredible abundance of rhythms and melodies pervaded Chabrier’s creative mind after his return to France, and they inspired his first orchestra work. In order to compose España, Chabrier used two dance themes : the first one is alive and twinkling like the Jota from Aragon, while the second one, inspired by the malagueña from the South of Spain, is sensual and languorous.

España made Chabrier’s reputation around the world. Thanks to this bright composition, his music is still famous nowadays. La Valse-fantaisie arranged by Emile Waldteufel enhanced the success of Chabrier’s music. Chabrier’s ochestration is brilliant and allows the brass to express the theme with a resonance that sharply contrasts that of the strings.