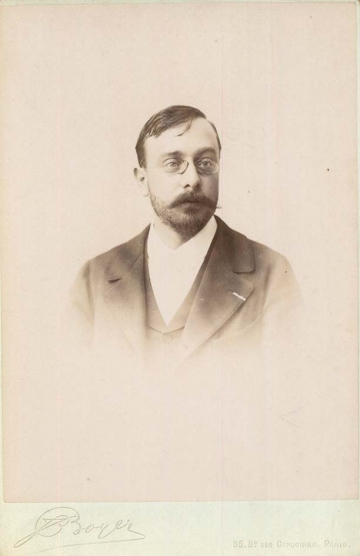 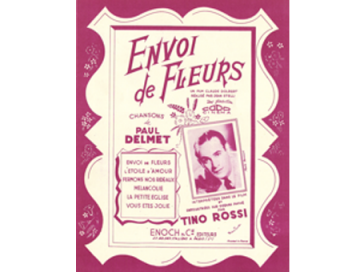 In his youth, Delmet had spent his time singing in chorals. He started to work and became an engraver of the matrix which printed the scores. In order to make a bit more money, Delmet became singing master in a convent where he was very estimated. He had never been intended to write love songs. He just worked on poems and songs given most of the time by Botrel and that is how he started to compose. He sung songs of other composers like for example Quand les lilas refleuriront written by his friends Georges Auriol and Désiré Dihau.

He started to sing in front of an audience in the cabaret called the Chat Noir. Delmet was not expected to have such public acclaim. He remained successful until his death in 1904.

He mainly composed romantic songs which got rid of triteness and which touched women. Sometimes, he even sung his own songs. Delmet sung in tune, had a bass and sonorous voice. His public was mainly composed by middle-class women who came to listen to his songs at the Bataclan, the Divan Japonais and in other Parisian theatres. Delmet was so popular that Tino Rossi paid a tribute to him in the movie Envoi de fleurs in 1950.

This song, composed by Paul Delmet was inspired by a poem by Paul Bernard and is one of the symbol of the Belle Epoque. Produced in a Montmartre Cabaret, the Chat Noir, this song quickly had a tremendous success. The scores of this work are available for single voice as well as in four meddleys of the 40 most popular songs by Paul Delmet.